After I lost my father, I crumbled for a long while. I struggled for quite some time to pick the pieces of myself back up. Tears were no stranger to me, and I had horrendous nightmares, unable to sleep for days at a time. It was right around then that I began to write as an outlet for my distress. Little things, like poetry, to begin with, and then a few short pieces of fiction. One night, rather than a nightmare, I woke in the darkness with a story in my mind, and slipped out of bed to start scribbling. By the end of the week, I’d filled a red spiral notebook and thought, “What if I could finish this?”

This story is dear to my heart, and the writing of it was a balm for the open wound of grief. I started it three years ago, and have been tweaking it periodically ever since.

As most of my readers know, I lost my sister last summer. Months after that startling loss, I felt a sudden clarity.

And that is why I could no longer wait.

Friends, I’ve published my book, and I’d love for you to take a look at it. “Just Hold On” was my sanity through grief, and my joy when finished, and if you’d like to check it out, it’s available on Amazon:

Or for a signed, print copy, you may order via PayPal from my website:
http://vkinney6393.wix.com/justholdon

I’m also around on GoodReads, and I’d love to connect with you. 😀

And if you do purchase “Just Hold On”, I’d love feedback!

As always, thanks for stopping by! 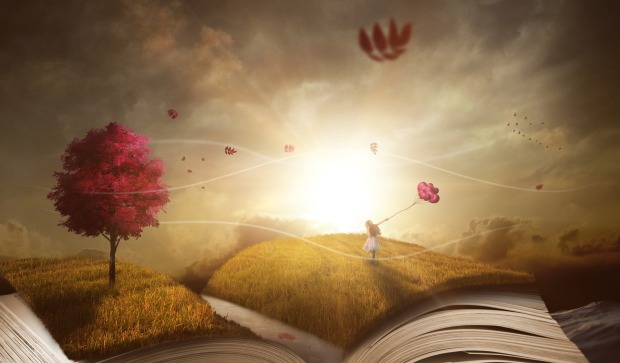 I remember Mrs. Lolly’s first grade classroom. Our little desks all faced the west wall of the room, and we practiced daily with “Dick and Jane” books.  I’m not sure if my memories are so vivid because of Mrs. Lolly herself, who was quite a unique woman, or because of her unusual style of teaching. Maybe it’s a combination of the two.

Mrs. Lolly was a former nun who had changed vocations. When the song, “Harper Valley PTA” came out, I thought it was written about her. I remember hearing parents and staff whispering about her and the way she dressed. Most days, she wore a short black miniskirt, a dress blouse, stiletto heels, and really big jewelry. Her makeup was heavy with lots of pink, and when she smiled, her white teeth sparkled against her bright lipstick. Her hair was a cloud of black swirls that framed her face and fell down her back in soft waves. I always thought she resembled Wonder Woman (as played by Linda Carter). In fact, I remember at some point thinking that maybe she really WAS Wonder Woman, hiding out at our school to protect her identity.

Mrs. Lolly was a talented artist. Each week, she would design a persona for the sounds we would learn and draw it on a large poster board, which would then be hung on the wall in the front of the classroom. We were allowed to help add details to the character and this became an exciting weekly ritual. Of course, I didn’t realize it then, but now I can see how this technique appealed to children of every learning style; visual, auditory, and tactile. Letter sounds became so easy to remember once I learned what each character stood for. “Mrs. A” was a woman formed from a capital  A, and we glued a tissue to her hands, because she was always sneezing and saying, “A-A-A-A-ACHOO!”. My favorite persona was “Ms. Double O”. I think she was supposed to be a spy. She rode a motorcycle and the wheels were shaped like the letter O. The sound her motorcycle made was, “VROOM, VROOM!”.

Once we learned the letter sounds, we would make up a story and put the letters together to form words. “Class,” Mrs. Lolly would say, “let’s see what story our letters will take us into today”. Then our little hands would shoot up and suggestions would be called out until we had enough letters to make a word. For instance, “Mr. R” (who had a kicking, dancing leg) might call up “Mrs. A” and together they would go out dancing with “Ms. T”, and we would have learned the word “rat”. Spelling and reading became a discovery to be anticipated, rather than the rote memorization that is so typical in many classrooms today.

I strongly believe that such creative literacy beginnings set the stage for a lifelong love of words and books for me. I sometimes wonder if I would have become the voracious reader that I am if this fire hadn’t been lit inside me at such an early age. If, like my son’s teacher, Mrs. Lolly had simply written the words on the board and instructed me to “write, say, and read” the words, would I have become so thrilled with learning to spell and read every possible word I could think of as a child? If I had learned to read by memorizing small paper books, as my children have, I would likely still enjoy reading to some extent, because I think I am just hard wired to do so. But, I wonder if that hunger, that passion, that I hold for the written word today would be so insatiable if my early literacy experiences had not been as joyful as I felt they were. It is rare that I have met another person with an appetite for reading such as myself. I was never a child who could merely nibble a book as an after school snack, I had to devour the whole thing in one sitting and that hunger is with me yet today. I once read a poem by Mark Strand (Eating Poetry), and in this phrase, “Ink runs from the corners of my mouth, There is no happiness like mine, I have been eating poetry”, I clearly saw myself. However, I have never been limited to just poetry and would happily read just about anything in ink: fiction or non, poetry, magazines, and, lacking anything else, I’ve even been known to read the back of a cereal box for entertainment.

As a child and teen, there were a few teachers who made a difference in my life, educators who gave their job everything they had, because they wanted to make a positive impact on the children they taught. I recall a middle school teacher who let us call her by her first name, which made us feel so grown up, and my high school English teacher, who went the extra mile and then some to help his students be successful in whatever they were doing. But, what would my junior high and high school years have been like if I hadn’t developed such a solid foundation in my first grade classroom? Considering this, I have to believe that the educators of the early elementary years, the teachers often disregarded as “just” a kindergarten or first grade teacher, may have the most impact on a child throughout their life. One fantastic teacher, like Mrs. Lolly, or conversely, one boring, apathetic teacher, could set the tone for a child’s success in learning long after that child has left their classroom.

Some days, I find myself nostalgic for that first grade classroom, for those tiny desks and the feeling of excitement and empowerment that learning to read gave me, and I wish that I could somehow contact Mrs. Lolly and let her know that she made a difference in my life. I’d like to tell her that, thirty-some years after leaving her classroom, I remember how hard she worked to teach us and how tirelessly she gave of herself. I know she was aware of the rumors and whispered innuendos that circulated the school about her, but I’d like for her to also know that to the children she taught, she was a hero. Maybe not Wonder Woman, but a hero to us nonetheless, and I’m thankful for being fortunate enough to have been in her class.