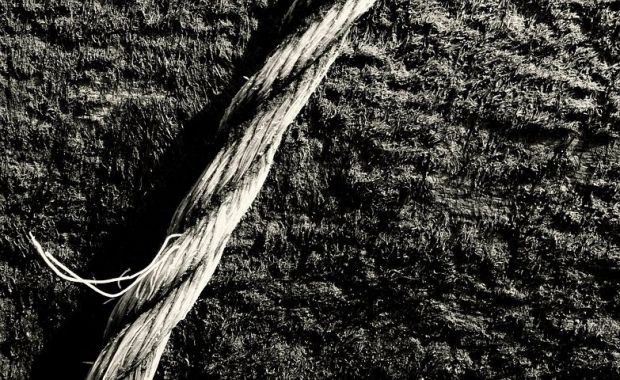 It’s been a long time.

It’s never been my intent to ignore this space. It’s a special place to me; the only place I felt comfortable sharing my words, my thoughts, with anyone else for the longest time.

It’s not as though I’ve ever had a regular routine for posting on my blog. It’s been hit or miss since the beginning, but at this point I can’t recall the last time I wrote anything here. I’ve had plenty of ideas for posts. Pieces I always mean to write later. But later comes and my hands always seem busy with something else. Over the summer, I connected my YouTube channel to my blog in an effort to keep content steadier, but I honestly never intended for it to be entirely overtaken by videos. I keep meaning to disconnect the two again, but haven’t yet. Another one of those things I keep meaning to do later, I guess.

I haven’t been writing much at all lately. I have plans and know what’s coming next as far as books go, but it’s mostly been written in random fits and starts. So much has gone on in the last year. And I know, I know. That’s true for everyone. We have time for the things we make time for. If I wanted more time to write, I’d carve it out somewhere. I just haven’t done it. I’m not certain what that says about me, as a writer.

I’m currently curled up in my bed at 7:55 pm on a Saturday night, writing this on my phone. I carried my laptop around with me today. Charged it, even. Still, I did no writing. My headspace has been a bit off, lately. Perhaps that’s due to my physical health or the shorter days or just another one of those unexplainable dips in my mental health that have always been.

I’ve wanted to come back here and tell you guys that I went to my friend Terri’s funeral over the summer, and it had to be held at an enormous church because so many people came. I wanted to talk about how touched I was that so many folks stood to speak about her, about this ordinary woman who made an impact in so many lives just by being herself. She never had a fancy job or loads of cash and her health was precarious the entirety of the time that we knew each other; but people drove or flew in from who-knows-where to tell how she was a mother to those in need of one. How she showed up in the worst of situations, without condemnation, without judgement, just that quiet, steady presence that let you know you had someone in your corner. The thing that most people remarked on was her laughter; about the way she’d toss her head back and laugh so hard it made others around her laugh, too.

I know people tend to gloss over the faults of the dead during a funeral service, but not one of those statements was an exaggeration. She was a good, kind human being and the world lost some of its shine when she left it.

I had planned to write a piece here in the spring, after my rescue guinea pig, Torrin, died. It’s weird, the way I am, now. I can’t recall the last time I cried when a human being I knew and loved died, but the morning Torrin quit breathing I completely lost my shit. As in, unable to get back up off the floor, lost my shit. As in, I was unable for hours and hours to make myself part from his tiny, rigid body, lost my shit. As in, my kids had to call my husband home from work in the middle of the day because they needed help with me, lost my shit. After I finally dropped him off to be cremated, the thought of going home to his empty cage made me so hysterical it felt like I couldn’t breathe. I went directly to the humane society. They had no pigs for adoption. Called animal control. No pigs. Started calling local  rescues I found on the internet. Drove out to meet one who bit my hands and arms and bit my husband so hard he started bleeding. I knew I couldn’t bring that one home with me and the breathing thing started up again. All I could think about was Torrin’s empty cage. Eventually I got so worked up my husband drove me to a pet store, even though I didn’t want to support the irresponsible breeding of guinea pigs, when there are already so many in need of homes. I walked in, asked the employee for the cuddliest one they had, and laid out $30 bucks for him. They put him in a carrier box for me and the entire drive home I was both disgusted with myself for doing this thing I didn’t believe in doing, and so relieved at the thought of the cage not being empty that I could finally draw a deep breath.

Five days later, I adopted another pig from a rescue. They really shouldn’t be housed alone since they’re social animals. That was in March. In May, I ended up with two rescue guinea pigs who had been wasting away at the local shelter because they were older and nobody wanted them. And then in September, I adopted another little guy from a different rescue. He’d been taken out of a hoarding situation. I’m at my limit now. It’s funny to me that a year ago at this time, I could not have differentiated between a gerbil and a guinea pig. Now I’ve got five, sew them fleece liners for the cages I built myself, and spend a good chunk of every day caring for these wee little beasties. People find it amusing, how hard I love them. And I’m fully aware they think my brain’s cracked because of it. But the joke’s on them. My brain was cracked long before I brought Torrin home. I’ve found a bit of myself I hadn’t known was there; this bit of me that loves taking in these tiny rodents that are so often mistreated or abandoned and nursing them back to health. I love doing this. I love doing the care they require. I love making them big houses with soft hideys where the hop around in happiness. The world is quite often a terrible place and there’s so little I can do to fix any of it. But I can do this. I can care for these small beings and I believe even small kindnesses matter.

Last Tuesday, I had a total hysterectomy. Recovery has been slow and frustrating. I have no regrets about the surgery. I just hate the time it’s taking for my body to heal. Trying hard to be patient, but patience has never been my strength. I’m at loose ends, unable to enjoy the independence I’m accustomed to, unable to do anything that feels anywhere akin to productive. I don’t like it.

The week before the surgery, I picked up a second job. I like it just fine so far; but it means there is now less time in a day to cram in all the things I want to get done. Including writing books. Including writing, period. Including keeping up with the social media end of being an author, the FB group, my family, and the YouTube channel, and all my pets, and this blog.

I guess the decision I need to make is whether or not I should put this blog out of its misery or continue to let it linger in the hopes one day I’ll miraculously have more time to spend on it.

I doubt I’ll make such a decision while I’m still a bit off kilter. The recovery process has me feeling disconnected from everything that makes me feel like myself, and I think it’d be unwise to make any major choices just now.

So much changes in a year.

I’ve changed so much in the last year.

I wonder what new changes next year might bring.